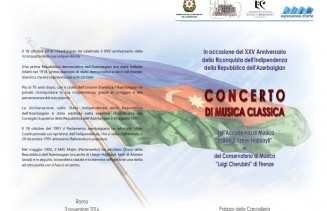 Great musical venue for I BRICCONCELLO (tenor Leonardo De Lisi, cello Pierluigi Ruggiero), joining with two celebrated musicians from Azerbaijan, the pianist YEGANA AKHUNDOVA and the violinst ZAHRA GULIYEVA. The concert was a part of the celebrations of Azerbaijan's restored independence 25 years ago, under the direction of the Azerbaijan Embassy in Rome and at the presence of several...[ ] 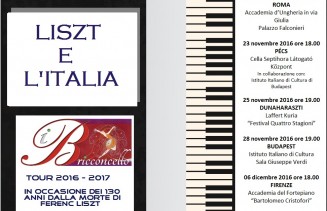 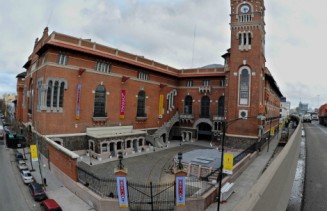 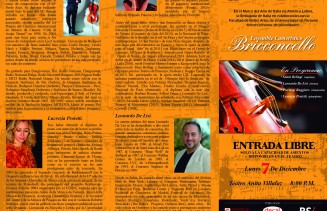 Copyright I Bricconcello All Rights Reserved | Designed by WebFusion L'Aquila